The International Maverick/Comet Club was originally established in 1993 by Charles Stalnaker. Charles took his passion for Mavericks and Comets and brought it to the rest of the Maverick/Comet community. The formation of this club gave us a place we could look to find parts and communicate with many people all across the country!

Charles ran the club single-handedly, serving as the President, Membership Director, Newsletter editor, and coordinated and hosted the first Roundup Nationals in 1994, which was held in Xenia Ohio at the Kil Kare raceway, in conjunction with the PFCA all Ford show on Labor Day weekend.  As the club grew, needless to say, this became a lot of work.  As Charles became busy with family life and attending Law School, he looked to others for some help.

In 2001, Craig Selvey took the reigns of the club and became the second President of the MCCI.  During this transition, moving the Club from West Virginia to Indiana required a name change, so that the club would not lose its identity to those who were already familiar with it, Craig decided to simply change the name from the International Maverick/Comet Club, to the current name, Maverick/Comet Club International.

The result? the Roundup Nationals was moved away from Labor Day weekend and away from the loud and dusty PFCA event. In 2001 the Roundup Nationals was, for the first time, a stand alone event, held in New Castle Indiana on the 4th weekend of July. From this day forward, this is the standard by which all future Roundups would be measured.
In 2003, Craig’s family life was getting very busy and knew he would not have as much time to dedicate to all the duties the club required.  Craig asked Shawn Simpson if he would consider taking over being the club President. Shawn, knowing what kind of time and effort Charles and Craig had put into the club and all of it’s responsibilities, knew he didn’t want to get overwhelmed by trying to handle all the duties. If that happened it could would hurt the club, and most importantly, it would hurt all the members who relied on the club.

In 2003, Shawn agreed to become the third president of the MCCI, but with certain conditions. Shawn had his own vision of how the MCCI should be run to best serve its members, and so that the leadership would not get overloaded in their duties.  It was at this point the workload of the MCCI was divided up to multiple club officers who could focus on their duties. Shawn also wanted to make a change in how decisions were to be made. This way, the officers would vote on anything affecting the MCCI and the membership.

To this day the duties of the club have been divided between the club President, Vice President, Membership Director, Secretary, Newsletter Editor, and State Rep. Coordinator.

Today, Shawn Simpson is still the President and the MCCI duties are still being shared, ALL decisions are carefully considered by the officers in order to help YOUR club grow and evolve each and every year! 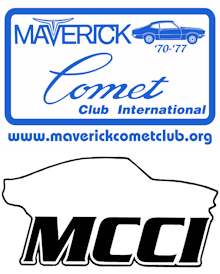